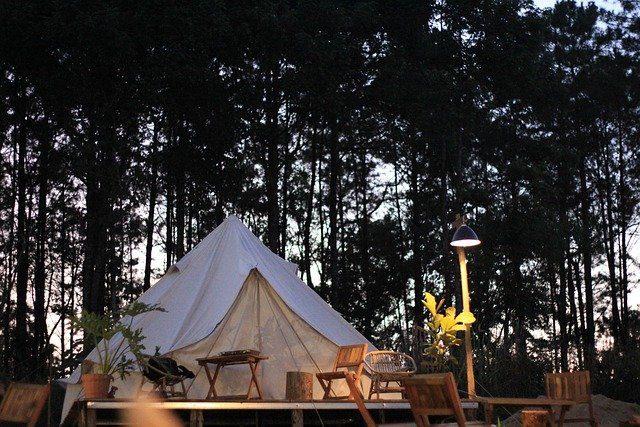 I’m going to share some really unique side hustles that i am really excited for this coming year. I’ve done some of these in the past, other ones I want to do for this coming year and I think they’re going to be perfectly aligned for anyone. It doesn’t matter if you’re 16 years old or 60 years old, doesn’t matter if you have one dollar in your bank account or a million dollars in your bank account. I think there’s going to be something in this post for everyone so let’s go.

The first side hustle is glamping, setting up glamping for people now let me explain why this is number one on the list.

We’ll talk about some of the uh potential revenues from this and then also some of the downsides or the roadblocks to getting into something like this.

Now glamping is one of my favorites right now, it’s something that I really want to get started as a side hustle. I just have to find the time for it but let me explain how much money you could probably make with glamping.

It turns out that a lot of people especially people from cities like to do some weekend getaways or some getaways from the city say from New York or from LA or for some from some other big cities. So they’ll end up going onto Airbnb where you’ll see these basically glorified tents that are are going for 300 or 400 per night to sleep in a tent or sometimes even an RV.

There’s a couple of YouTube channels that actually show you how to set these up on Airbnb but the basics of it is that you could either rent some land you can lease some land or if you have the funds for it you could potentially buy some land outside of a national park.

Now these tend to be the best ones for this glamping setup if you want to go low cost so you get some land outside of a national park or in an area that seems to pretty, for example the pocono mountains are pretty close to New York but also Philadelphia so it’s a place that a lot of people like to go to when they want to get away from the city.

You can set that up and post it to airbnb and pretty quickly, I’ve had a lot of friends who do this pretty quickly. It will probably fill up at hundreds of dollars per night so the operating costs on this versus the margins are like 80% margins, sometimes even better than that.

I’ve seen some of these tent setups or these even cabins in the woods setups or shipping container homes that are cash flowing over a hundred thousand dollars per year in profit.

It’s really amazing to see the amount of cash flow on them and it’s the reason why I put this number one on this list because it’s the one that I’m most excited about.

This is the best unusual side hustle for 2022.

If you have a basement or a little bit of extra room in your house, start a micro greens business. I  really love this because you can do this pretty much anywhere in the world and so there’s a really big market. There’s a growing market for micro greens, especially things like wheat grass or sprouts. How do I know, well I used to eat a lot of these and sell them to some of my friends when I was younger but it’s a great business model.

It doesn’t take very much to start up and there’s actually a lot of youtube videos on this as well if you’re interested in learning how to start a wheatgrass business or a micro greens business.

You know people are obviously trying to eat healthier than what they were 20 or 30 years ago, people are very conscious of what they eat and so there’s a really nice market for this.

So I have a friend who used to deliver wheatgrass out in LA and you know this was like almost a full-time job just delivering wheat grass to clients.

To grow this you really only need some grow lights, it’s not very complicated and there’s some great resources on it.

Now how much money could you make on it, how would you market it, I think what I would do is start very small and just scale up over time. You can market this probably best on social media just to get your initial clients, explain to people why it’s healthy. Local markets or farmers markets are another place to sell your produce.

An easy unusual side hustle for 2022.

How to start a drop service business

It’s pretty lucrative, I used to tie a lot of fishing rigs I never sold them but these days I don’t tie them myself I just buy fishing rigs online usually on ebay or on amazon.

You can once again learn how to do this on Youtube probably in like 30 minutes, you can learn how to tie really nicely, like a flounder rig or something for bluefish and there’s a nice market for this now.

Are you going to become a billionaire selling fishing rigs probably not, but you can still make a decent amount of money now if you’re going to go this route.

I would recommend selling them on platforms that already do the marketing for you like Amazon, Ebay, Etsy or maybe selling them through social media.

I wouldn’t recommend starting your own site for this like if you’re trying to rank on google, for that it’s going to be pretty difficult with something like a shopify store because they are pretty inexpensive items.

obtaining a plot of land and using it basically as a parking lot. Now here’s why we have this idea because I think over my lifetime I’ve paid a lot of money to park my vehicles in parking lots. When I worked in the city I was paying $50 a month to park my car in a parking spot, it was just some guy’s driveway. It was no big business it was just his driveway.

If you can get a block and have 20 or 30 cars in there and charge $50, you can do the math on that, what’s that like an extra one to two thousand dollars a month by just letting people park their cars there.

Another thing that I think about is especially if you’re close to an airport, if you’re anywhere within like a 15 to 20 minute drive of an airport, you can pitch this basically as like airport parking.

people park in your driveway in your yard. Or if you got a plot of land like you were able to lease a plot of land somewhere relatively close to an airport or near a college it could be a great.

You could market your space on Facebook marketplace or Craigslist but I would actually do this on there’s a lot of different parking apps.

If you just go to the app store and look up the parking apps there’s probably 20 different ones you just post it on each one of those and I can nearly guarantee that you’re going to get people who are interested in parking their vehicle this is like the most passive income ever.

You need to have liability insurance and maybe sign some waivers, please do your due diligence in case like a tree falls on someone’s car when they park it there.

A friend runs an aquarium business and he was explaining to me one time when I was at a conference how people grow and sell coral for thousands of dollars.

You know this was just a concept that was so foreign to me I didn’t know that this was even a business but he was explaining how people can grow coral and basically watch it grow.

Then you can sell it for a lot of money, so there actually is a huge market for this especially for people in the aquarium area who have fish and maybe they want some coral.

He was explaining to me how some people do this and sell fish.

Therefore this is a hobby that could make a nice profit.

What sort of paint to use on your DIY projects

These are 5 unusual side hustles for 2022 that are will generate extra income.

If you have any other unusual side hustles, let us know as we are always looking at great ways to earn extra income.

Share this Article – Knowledge is Increased by Sharing but Not by Saving. Shop the latest sales at shopDisney

Get your vintage motorcycle Ts here 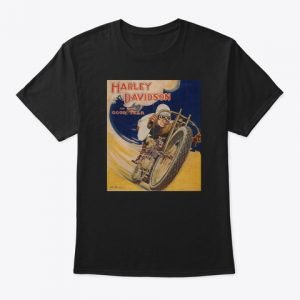